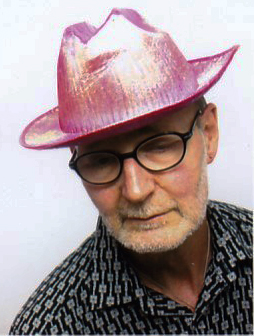 I am NOT a artis!

Although I have made ‘art’ since 1968 (that’s only 48 years) I am much more than just an artisbloke. First & foremost I am a man, what I call a UBeing [a word I invented so it has no hint of gender to replace ‘human’ which by its structure encapsulates the male/man as primary. Although the word man does not state that woman is secondary it does so by having letters w and o added to man. Also female similarly has the ‘male’ word as primary and fe is an addition. I choose the word ‘being’ (which is what we are- existing or being alive beings) with being having no male/female aspect.

So UBeing or Ubeing or ubeing is best for me and it also allows for the concepts of You-Being, Ego, Social Unit etc.

This being has attempted to be creative in positive rather than negative ways for 48 years (since two of my paintings were first exhibited) in 1968.

Self portrait 1968, oil on hardboard.

At the time I was a 6th former (yr12), since then I have exhibited in a few group shows but mostly in solo exhibitions; 21 in Essex and 1 in my home town Burnley plus one at Cambridge Institute.

I no longer categorize my ‘arts’ into print, paint, writing, photography, Performance Art, Books because I see that all are one _ my work. I do Yoga, Tai Chi, Zumba and Swimming all of which go to make me the ubeing that I AM today.

I attempt to trim down the 100 metre long ground (it’s not a garden as such) out back of our hoose. I cut wood for our wood-burning stove to keep our house warm during cold periods of the year.

My car is basic, it gets me from A to Z. a lot of my work nowadays happens on ma computer where I continue to interrupt my writing wich has had altered spellin since 1969. I am still learning and moving along. 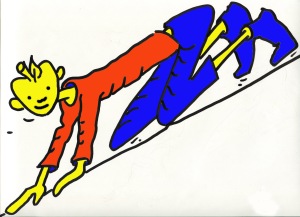 I used him in my first ever Performance Art piece July 1973- 1st Apulhed Mask Show, Exeter

I went back to my home town 12 years after I left it to go to college and in 1981 I had a big One man show in Burnley Library .

‘There’s not many books that I’ve read from cover to cover, honestly, very few, but Apulhead* is amongst that few. It still resonates with me 30+ years later, I don’t think you’re ever the same after reading it…and I mean that in a positive way!’ (Alan Williams 2013) *Apulhed

2 thoughts on “ABOUT (only just finding out about me !)”