After a busy weekend at Society of Bookbinders (SoB) in Kentish Town & Substance (SuB) (PABE Aspex Gallery Portsmouth Harbour) book fairs I was exhausted on getting back home Sunday nicht and much of Monday. As I wasn’t up to doing much (except sawing wood for my multi fuel Stanley cooker), a mindless activity, so I can chill, literally my fingers were like icicles despite gloves & scarf and all. During my wind-down time it occurred to me that the one thing I like more than making books (inc. writing and imaging and designing and getting print off and collating and binding variously) and doing Performance Art (PA) is the crack (as the lucky Irish 6 Nations Champs would say); the chat, the meeting and engaging in conversation about mutual interests with people.

So folk come up to my display of recent books at my table and peruse and maybe ask questions or make comments and I may answer then there’s the repartee + badinage. And I realised ‘that’s the thing which is most important, it’s making contact, touching the minds & consciousness’. Moments to remember. There were plenty of them at both events.

Particularly during & after my PA bits. People may comment and react to my books but it’s amazing looking from the ‘stage’ into the the audience’ faces and to see both their attention and silence at certain points. Neither audience knew what to expect although my handout (beautifully printed at r j printers in Maldon) did go some way to explain what I was about to do, then did. In both venues the audiences were very patient and forgiving and 4 folk said they really enjoyed it at SuB.

I love the image which The Ladies Of The Press took of Young Shrewd Idiot seated. It shows the attention given by the audience and the hanging Japanese kimono which features a bit later on. They also took a short vid of him ‘dancing’ with The Red Dress which I shall try to post soon (the tech is beyond me, I’ll get my mate Dave to elp me). It’s lovely because the dress was falling from the coat hanger (not part of the plan) and I tenderly readjust it back onto the coat hanger. Much more tenderly than am renowned for!

One woman (Renée O’Drobinak of The Ladies of the Press) who is obviously big into theatre came up after and said it had an Ancient quality, ‘like Greek’. I think she meant the overall drama but also the humour & pathos together in one piece.

The reaction was even stronger at SoB where several (fellow book people) said it (my celebration of my dad’s life using the words of Annie Lennox) was very touching. Here’s a short vid taken on Saturday which you can watch on Instagram- https://www.instagram.com/p/BgeD8TMjM2L/?taken-by=palaverdesigns ) . Some even remembered when I did ‘The History of Printing’ in a 20 minute PA two years ago.

I haven’t got any images from either PA gig as it stands becos, obviously, I were doing my ting and cannot be taking snaps. I saw some folks taking them so if any kind soul out thur can send me one I’ll add them to my blArt as they come. Thanks to whoever took the image above! Thanks Dave Kirby for sending it. “The Young Shrewd Idiot sits down with the Red Dress on his lap at Substance gig” is my title for it. The Young Shrewd Idiot is (of course silly old me wearing a mask which is taken from an oil painting that I painted from the mirror when I was at college. The painting is in The Shrewd Idiot (A4 at least) book. I wear 3 simple card masks of my 1968-72 faces watti dun. The 4th mask is a pair of very special ‘shades’ which I don when am doing the Iggy Pop number Shades. The fifth and best mask is my 3D Apulhed mask, the best I ever made thus far, thanks to you Verena giving me the recipe. Am hoping one day to make the 3 self portraits 3D too, altho not totally necessary I’d like to achieve that.

Special thanks to Dave Kirby at SuB & those responsible at SoB for inviting me to take part. I enjoyed both experiences, especially as I did not get caught up in the bad snow what fell on the South West (Southwester than Portsmouth!)

I shall have a table at the next Society of Bookbinders fair in Kentish Town on Saturday 6th April 2019. I will do a 15 minute set wearing the beautiful Apulhed Mask. 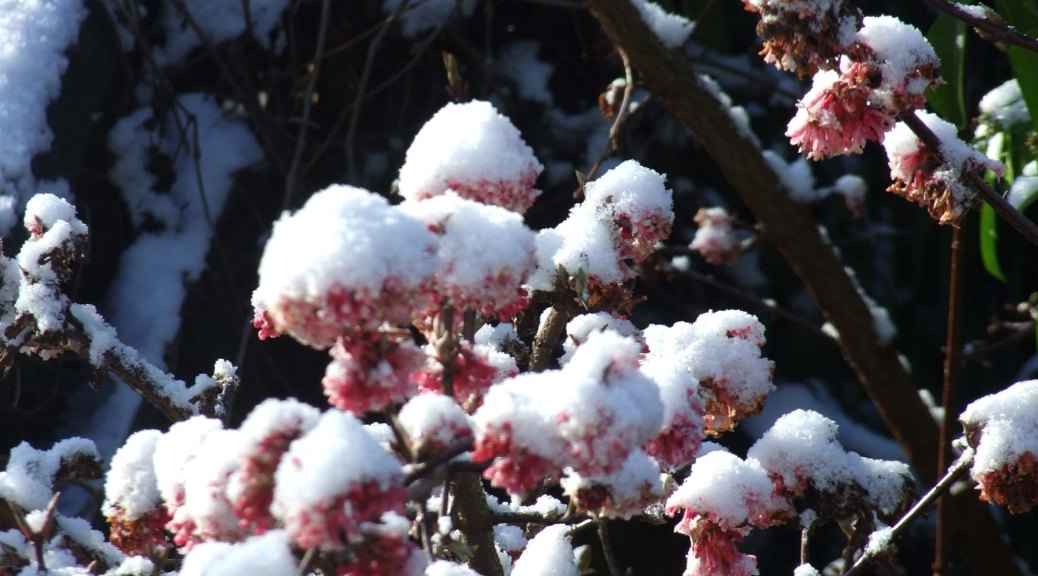 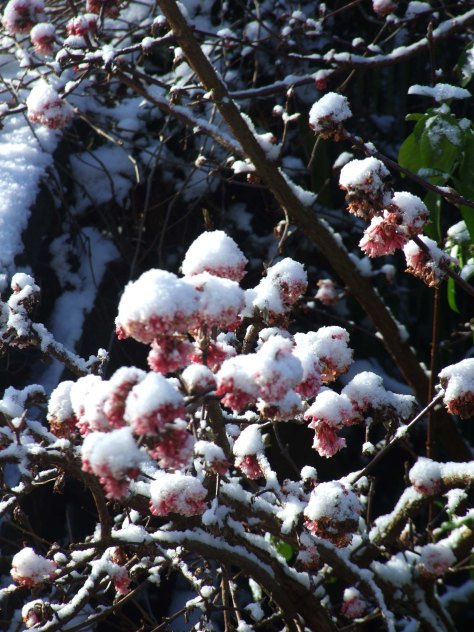 (When I do the gig in Portsmouth on the 18th March I won’t have time to explain it so am hoping folk have read this or gotten a handout.)

To finish off telling you abart my SUBSTANCE Performance Art gig, (I wrote about most of it in my last blArty bit- https://apulhed.wordpress.com/2018/02/27/about-the-shrewd-idiot/ ), I’d just like to add something I omitted to mention last week.

Those of you who follow ma blArt will know that on 26 Jan 2018 at bookartbookshop we added a commemoration of my dad’s centenary birthdate, he would have been 100 this year on that date. It was Tanya who kindly suggested that I do something about him that day. As he was born in Welsh Wales I had to sing a bit of Tom Jones because my dad was in the Burnley Welsh Voice Choir awhile. My dad was not a wimpero like what I is, he were a big strong bloke and a steeplejack, they called him Big Taff at the working men’s club he went to for many years. So I had to sing (well I call it singing, many wouldn’t!) it in a deep Welsh voice, which was ‘ard for a wimp-ero with a normally squeaky voix. I also read some of Annie Lennox’s words pertinent to his final days, again in a deep(ish) Welsh voice (kind of).

I won’t be doing the reading as the spot am doing is just 20 minutes but Annie & Apulhed will join me to remember him in a beautiful little song & dance. It is a very spiritual moment as Apulhed takes us through her song The Gift (https://www.youtube.com/watch?v=gjMBPR5H9x4 ). The song is so pertinent to my dad for a number of reasons. In the movement Apulhed mimes the words, so many of which could apply to Taffy. He worked most of his life out in the rain, it always rains in Burnley dunnit? He carried baggage from his younger days of making mistakes and in the song he hands over a ‘gilded cage’ and an ‘overcoat of guilt’, which “never did belong to him”, well some of them did but you need to ‘let go’. There’s a ‘perfect gift’ he gets from me and Camellia, those who come see the gig will maybe work out what it was. He falls from his chair and has to take a serious look at himself and he finally tumbles from his tree. For a moment he lays in the throes of death until he re-awakens to the sound of rain and he cannot resist rising up and going out in the rain again, just like he said he always would! He goes down to the water’s edge to cast away all doubts and let go. I can see him now up there with his friends supping a pint and singing songs in that lovely Welsh timbre. God Bless you dad.

It fits beautifully into the rest of my gig which is all about The Shrewd Idiot’s antics, mostly from the book of the same name which’ll be on show in two versions (A4 + A3) at my table where you’ll find me willing to answer any questions about my work unless I am wandering round with ma ApulhedMask on. Yes am afraid it’s a mask, the real Apulhed is off round the Cosmos except when he zooms into my costume to transform me during his dance! [Apulhed can travel thru time in the blink of a eye, no distance is too great, no barrier can prevent him]

There’ll be several ‘costume’ changes which I hope to do seamlessly ‘on stage’. The most obvious one is when I become Apulhed-Man, I don’t have a telephone box to change in like what SuperMan did and I need to do it with a degree of speed. I’ll be using Acker Bilk’s Stranger On the Shore during that shift and there’s a story to why that music. When I were a lad we couldn’t afford a record player. Acker Bilk sat at No.1 and we were in Morpeth during Burnley Fair Summer Hols and me and dad loved the music, so buying it was an act of rebellion. We couldn’t listen to it at home, we could hold the single vinyl and hum it tho’. That music is very dear to me.

By the way, please feel free to take photos. I am totally disenchanted with those places which ban photography and galleries which forbid you to touch the sculpture. Feel free to flash away but don’t ya toucha ma tutu!