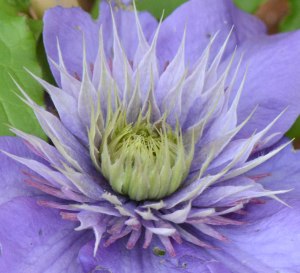 Ever heard yourself say to yourself, “I’ve not got enough time to do that”?

Or, “Can’t stop, got to go there”. But really that’s just not true. It’s a condition which comes from living in a culture which (seems) to always want more. What’s the point of rushing about? You can’t gain time, you can only spend it, so says Ben Hoff in Tao of Pooh. And more, he warns about the ‘Athletic sort of Backso(o)n’ who is ‘concerned with physical fitness, he says it’s something that has to be pounded in from the outside rather than built up from the inside. Therefore, he accuses (oops, a Freudian slip?) confuses exercise with work. He works when he works, works when he exercises and works when he plays.Let’s be frank, if you wish to be healthy, relaxed and content, just watch a Bisy Backson and do the opposite- there’s one now, pacing back and fro, glancing at his watch. He makes me feel tired just looking at him. He doesn’t go for walk he hasn’t got time.’

How often have I heard myself say I haven’t got time to meditate, why? Cos am a busy bakson aren’t I and tings have gotta change, they’re gonna change too. I am tired of chasing my tail.

It’s not a race so take the pressure off. yes it’s nice to achieve things/aims etc but what’s really important is timeless. Most ‘end-products’ are ephemeral, passing thru. Some remain, pop up again, even become part of the popular psyche like Mandy Rice Davies, Plumrose Popped Ham With Chalk, Bisto Ads, The Stones, Aminals, da Kinks and Them, but everyting passes, even empires.

My friend Mick West rock musician, wind-surfer who taught me how to surf died at the weekend. He’ll be dinging a gong and singing a song on a bigger wave now.

A final word from Chuang Tse via pooh’s beautiful book of Tao,

Excuse me I got to rush off to meditate more. 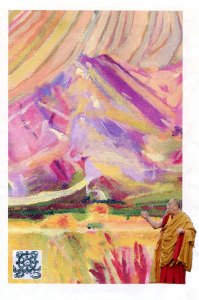