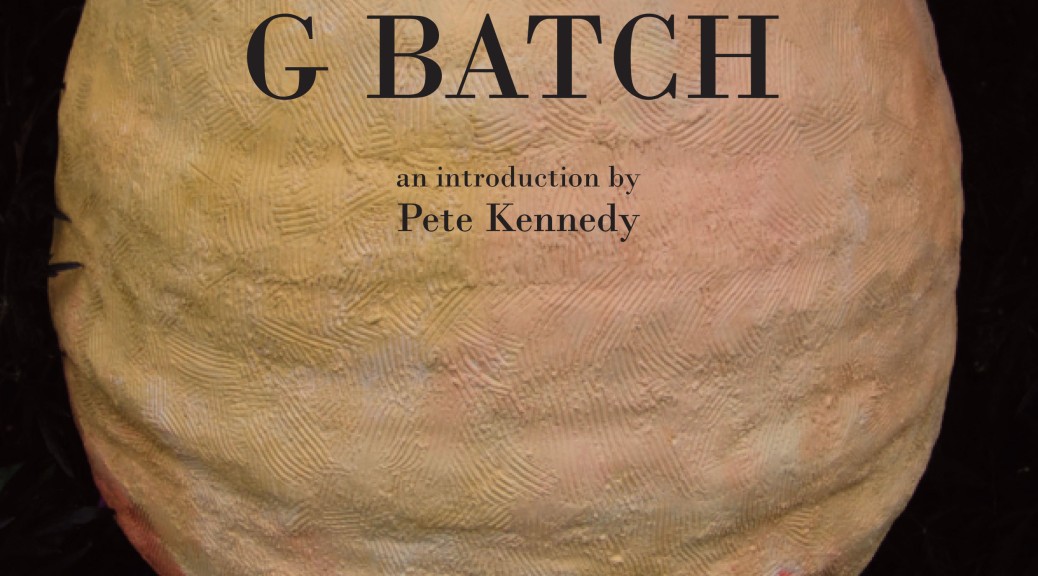 ‘…it is the very presence of the performance artist in real time, of live performers ‘stopping time’, that gives the medium its central position. In the first decade of the 21st century PA is at last being folded into the history of art proper, moving from the margins to the centre…PA continues to be a highly reflexive, volatile form- one that artists use to articulate and respond to change. It continues to defy definition and remains as unpredictable and provocative as it ever was.’ RoseLee Goldberg in Performance Art (PA). From Futurism to the Present.

As the new year gets going the great news is that I shall be doing a short performance art piece at the Society of Bookbinders in Kentish Town in March.

London and South Region of The Society of Bookbinders

The day will comprise:

 An illustrated talk on Book Arts by Sarah Bodman

 A book arts fair presenting a variety of emerging and established book artists (many works will be for sale).

 Demonstrations by a selection of the exhibiting artists.

Sarah Bodman is an artist and researcher at the Centre for Fine Print Research (CFPR), UWE Bristol, where she investigates contemporary book arts. She is also Programme Leader for the MA in Multidisciplinary Printmaking at the Bower Ashton campus, editor of the Book Arts Newsletter, Artist’s Book Yearbook andThe Blue Notebook journal for artists’ books, and writes regularly on artists’ books for ‘a-n’ and Printmaking Today.

I have chosen to do a variation of my Clay Jug piece because it resonates ‘book’ and I have several book projects I’d like to show anyone who turns up to see. It was originally done tward my MA in Art & the Book and I have ‘danced’ it at IPA in Glastonbury & Bristol where it was very well received. The books that grew into the project were greatly influenced by Joanna Drucker’s wonderful book on the Alphabet. http://www.goodreads.com/book/show/790760.Alphabetic_Labyrinth I experimented with:

I use the music that Luke E. Walker created for Clay Jug to spark my movement thru this piece. Here’s a link to Luke’s music on soundcloud:

I also recite the words of Kabir and, maybe, Osip Mandelstam). I also intend to show a couple of my most beautiful unique copy books that I did to house my six poems generated from the project. PLUS David Jury’s version in letterpress with a surprise package.

I am also developing a piece which I did at IPA several times in Oct2015 based on the words of a song from the wonder-full cd  named still calm melancholy air brush hush by Colin Lloyd Tucker called Brush in which I have his words written and show them with movement as the piece progresses. I mime making a painting and in the end, in some venues, I actually brush an image onto a surface which can be paper and/or glass, perspex, wood, anything. I am looking to do it in shop windows, particularly art supplies places.

It fulfils my desire to follow in the footsteps of zen masters who write their thoughts in beautiful calligraphy and do drawings too. I may use Colin’s beautiful ambient music before I appear ‘on set’ but more & more I am working tward not having beautiful distractions as I move thru a piece, I am working tward playing the music in my head as I move.

another  new idea I am working on is:

Designed as a solo work where PK plays two combatants, Tommy & Gerry. This is a commemoration and hopefully a reconciliation, of the horrific battle of the Somme July 1916. Tommy has a helmet like the one worn by Brits in WW1, but this also could be a cooking pot or wok like those we used to wear as children when playing war games.

My aim is to try to stop all wars on planet Earth, no pressure then Pete! My request is that the world works towards de-powering those perennial ‘leaders’ who create wars and create a planet where war is but a dim distant recollection. Can you Imagine that! Here’s Lennon my working class hero singing his song in a set which has all my favourite foibles in: https://www.youtube.com/watch?v=T2hvkPyiAFE  You see John dressed in apparel almost certainly designed to antagonise the obviously ‘privileged’ audience his band played in front of dressed in his red suit and black round specs.

And Lady Gaga, almost outdoing Lennon with her glasses pays tribute to one leader (Obama) who tried not to wage war and her favourite song writer in her version of Imagine: https://www.youtube.com/watch?v=urjyP95H6vk

Here’s  Marianne Faithful singing another Lennon classic, Working Class Hero in which he lays it down like he sees it, quite lucidly I believe. https://www.youtube.com/watch?v=x2SDRQJrawU

Finally another working class hero David Bowie who sang ‘Lennon’s on sale again’ https://www.youtube.com/watch?v=IftjxN_KJoM and whose outlandish dress-sense set the stage for Gaga.

I was hoping to do it in June at the book fair at BALTIC (Artists’ Book Market BALTIC Centre for Contemporary Art Saturday 18 & Sunday 19 June 2016) but haven’t been selected to do an intervention this year. So, if you have a venue in the North east area and want to see one or more of my pieces near the weekend of 18-19 June please let me know. 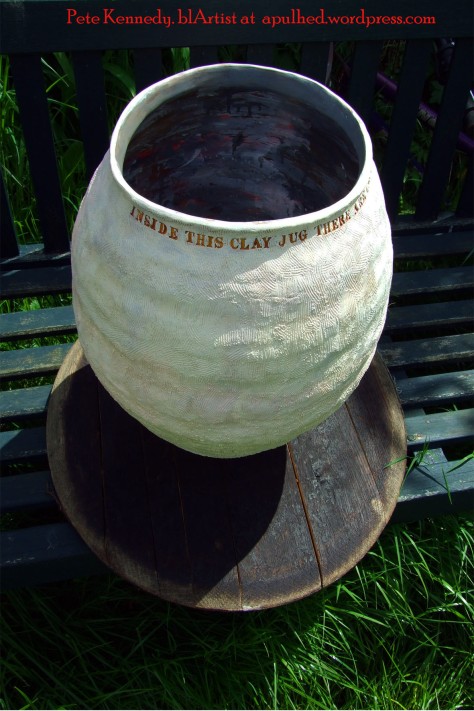 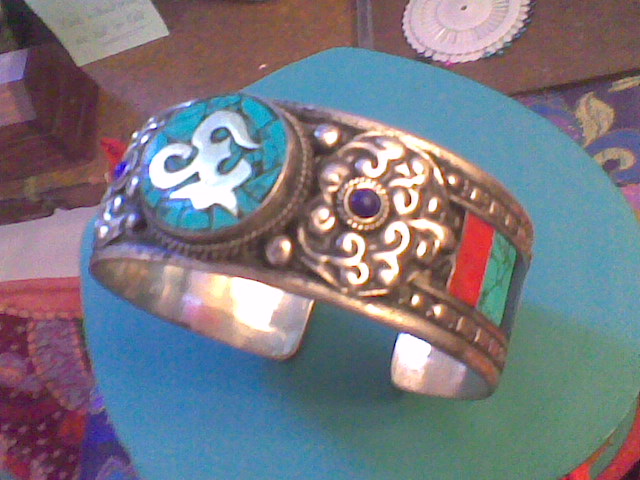 Going back to thoughts https://apulhed.wordpress.com/2016/01/10/a-lifelong-friend/ on my old friend for 60 years Trev*, initially it would trouble me that my words don’t reach people like him but, on consideration, I have spent 48 years developing my words & ideas which he neither followed nor kept up with my path, why should he? I don’t understand his zone either, he was an accountant, I don’t do money, ask HMRC they’d confirm that. *Good news is Trev got in touch and said he enjoyed my last blArt.

Here’s the first viewing of one of the Apulhed Comix c.1977 that never got published in the 1970s. By 1979 I had created Happy Apulhed, a much more friendly, less eerie character. 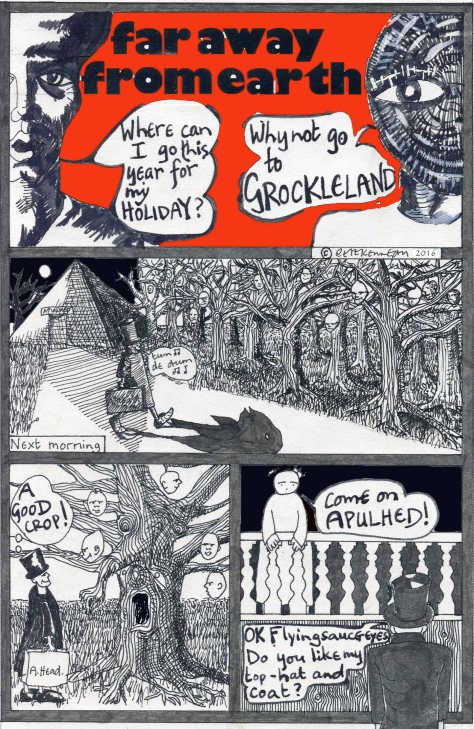 When I was doing Apulhed comics at college in the early 1970s my old mates back in Burnley could explain my work was beyond their experience by saying, “Pete’s gone off to college and is full of new-fangled ideas, he’s just a bit strange but we can tolerate that because he’s…” Now nearly 50 years later I have further widened the gap. Not vindictively, just by osmosis, as a result of my endeavours but it still begs the question- If my art cannot reach ‘normal’ folk, am I missing the mark?

Nonetheless folk from all over the world do find my art interesting. yesterday I had hits from Vietnam and Sweden and my total views is fast approaching 10K. Some write and say I write well or the blog is good. But more, I feel that when I do any more Performance Art (PA) I’d need to be able to communicate or ‘get’ to the public’s minds whilst neither condescending them, nor demeaning my ideas of course. There would always be an elephant of surprise and an unsettling feeling in the outcomes I produce to keep the onlookers’ attention. Don’t want youse all falling asleep now do we?

I have been looking again at Verena & Andrea’s (Vest & Page) stuff in the vids on their website. http://www.vest-and-page.de/#!selected-works/caf0 They show by their astounding work that by comparison my work is a mere blot on the floor left by a PA Baby in his swaddling bands. (‘Swaddling’ is an age-old practice of wrapping infants tightly in blankets or similar cloths so that movement of the limbs is tightly restricted. Swaddling bands were often used to further restrict the infant. At the moment I feel constrained as if by swaddling bands and only by ‘getting’ my work out there’ will I change my garment, or maybe relinquish [most of] them.) The good news is I’ve been invited onto the Book Arts Day for The Society of Bookbinders on Sat 5th March 2016 in little old London town to do some Performance Art. Right now I’m working on a new piece, ‘Brush’, using words from Colin Lloyd Tucker’s beautiful song ‘Brush’. My friends, the Townsend Twins are helping choreograph the movement. I may also include a new rendition of Clay Jug after the beautiful poem by Kabir.

And ‘PA Baby‘ is maybe another pseudonym for me as it cover the fact that I’m old enough in calendar years to be their grandpa yet in terms of my experience in the field of PA I’m just a baby. In fact whilst at IPA in October a lot of my work brought me, and indeed some observers, to tears. In my case because I was going back into my early experiences and re-living them and also seeing that at 64 years old I weren’t about to have certain experiences again and indeed the inevitability of the changes old age will bring also weighed down on me. I got my crying in first. Some watchers cried in sympathy, some because I touched a chord and others just cried cos they were incredibly tired after 8 days of full-on PA practice with a group of strangers to start with who fast became close bonds. I still find it so daunting to think of what is out there in the Performance Art field. But it’s silly to compare. It’s like comparing a little village’s pub band to the Rolling Stones but there again the greats do look at the new stuff coming thru and like V&P are very encouraging. My mate IEPW told me that David Bowie liked Arcade Fire so much that he requested to sing with them and they accepted his offer. https://www.youtube.com/watch?v=z6c9Ejfu-iU

Also he did this with them uploaded 2 Feb 2006 https://www.youtube.com/watch?v=EkCc_qiI7UA well now, David had another 10 years.

Deathday instead of Birthday celebrations? 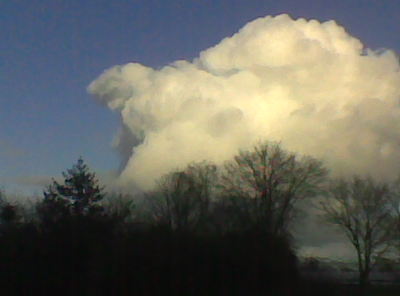 A Big Cloud of Unknowing.

When I heard of the death of David Bowie I thought to myself, they should have a day each year to celebrate him, maybe his day of dying would be the best day for an annual remembering of his creative, original and inspirational, trend-setting (in its purest form) life. Undoubtedly he did set trends. 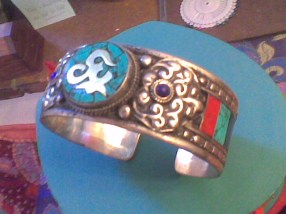 The Dalai Lama has said, “Usually I don’t consider birthdays something important. In Tibet we consider the death anniversary more important. I think that’s quite wise. A person who made good contributions in life, then after [their] death, remember them in some anniversaries…as a Buddhist monk I believe every day is a new day, every day is birthday. The particles of our body momentarily changing, always become something new. Mental thinking, because of new knowledge & experience, also changes. So every day is a birthday. [If] we use our day in a proper way then the months & decades, whole life becomes meaningful. If you can help other, do it as much as you can. If you cannot do it, at least, restrain from harming others. That’s the essential of meaningful life.”

I’ll drink to that, nowadays my chosen drink is water.