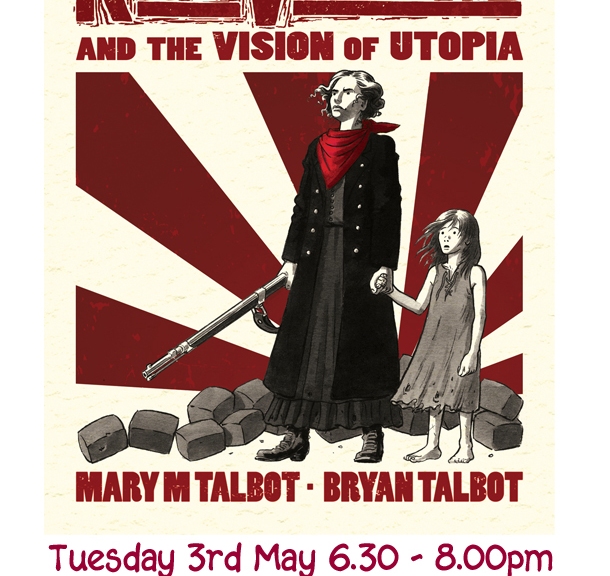 I spent all me life avoiding London but London’s Calling me nowadays.

I find I like wandering wondering about the streets attractive in me old age. Last time I found it like that wer when I were about 20 year old but then I used to wonder what I’d do with me life. Now I wonder what I did with it! But once again London seems to beckon with opportunity. I know from experience that she beckons falsely. Or rather she appears to offer stuff and rarely delivers the goods.  Or maybe it’s me? Maybe with my vivid imagination I get all excited and imagine maybe I’ll get that long yearned ‘big’ break’? But almost 50 years of experience has proved the break never comes. Only small, gradual, arduous, hard-earned breaks come, which often made me look like an overnight success. And often that’s how long the opportunities lasted, overnight. Break of day and they’re gone, and I missed ‘em.

Recently I had the privilege to be invited to Bryan & Mary Talbot’s book launch at the Cartoon Museum. On my way there I donated four photos from my 70’s & 80’s photos of ‘rock stars’ to that lovely camera museum/café called The Camera Museum at 44 Museum which they have been kind enough to exhibit downstairs. My first London photo exhibition, London beckons!

So, Bryan & Mary’s book launch at the Cartoon museum proved to be a regeneration of old acquaintance and a finding new folks to share time with. It is great to see how successful they have become and it was lovely to see London mayoral candidate Lee Harris talk about the good old days when he published Bryan’s work (and mine, in BStorm 2) in the seminal graphic novel on Chester P Hackenbush in Brainstorm Comics, mid 1970’s. 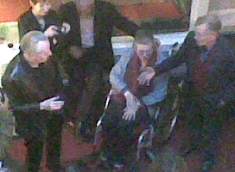 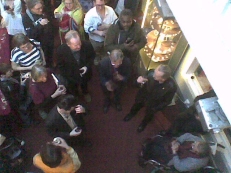 I only had ma little mobile phone ‘camera’ with me so these images are tiny and poor but I reckon I might do a page of ‘comic’ with them sometime? That’d be nice but right now I ain’t got much time as am working on 3 different books simultaneously (there’s reasons for that I cannot go into here), stupid I know but someone’s got to prepare my books and that pleasure befalls to me. 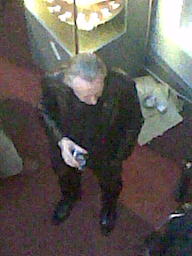 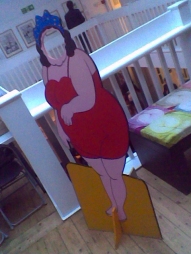 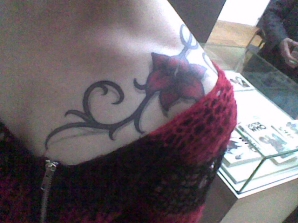 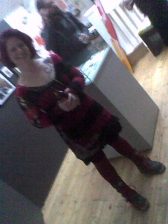 Not only the best tattoo but also a PhD in Maths she had. 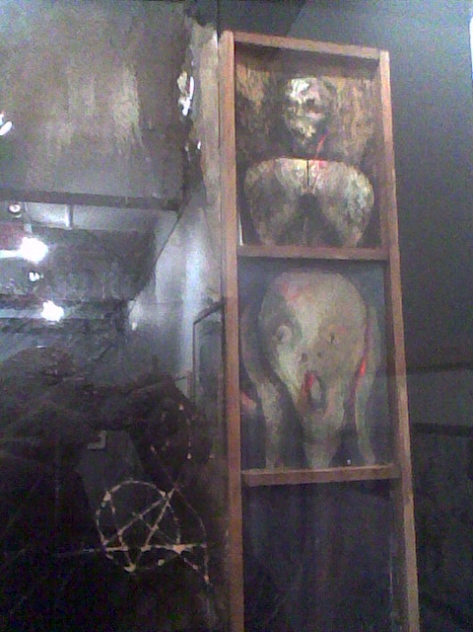 A wonderful work by Dave McKean.

It was nice to speak with James Bacon who came from Forbidden Planet to write about Bryan & Mary’s book launch (and his companion, the tattooed lady). You can see his report here:

People came from afar to this event and I was lucky to meet, momentarily, another of Bryan & Mary’s accomplices in the world of graphic novels, Kate Charlesworth who had come by train from Edinburgh. Kate collaborated with B & M on Sally Heathcote. http://www.katecharlesworth.com/

A week later I turned up at Colchester Arts Centre for one of the Wednesday gigs and boy was it ‘special’, thanks again Ant. Liz Aggiss presented her ‘Slap & Tickle’ show. Liz, an old friend of Ken Campbell’s, who seemed to me to be the female Ken Campbell (she took that as the compliment it was intended), was scarily AAAA-Mazing!

I loved her show in which she literally had (juggling & pingpong) balls in her bloomers. I won’t try to explain, just look at this: https://vimeo.com/151371749

Now back to ma tree boks.