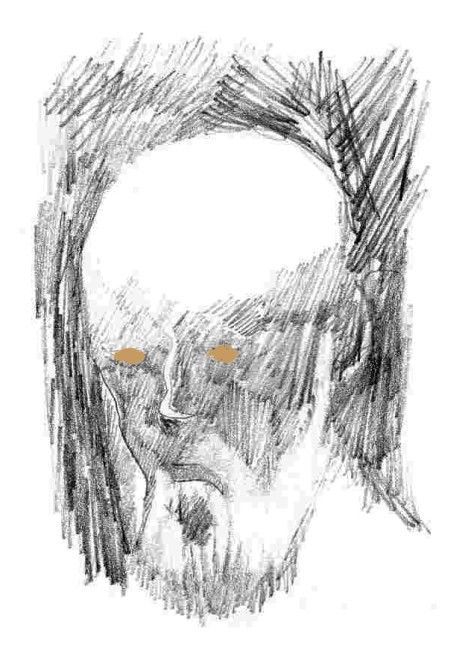 It may be said that Socrates was a rebel? He didn’t wish to follow no party line and when he was in 399 BC by 3 Athenian citizens of failing to worship the city’s gods, introducing religious novelties and corrupting the young men of Athens and told to renounce his philosophy in court, unshaken from his convictions despite being denounced as foolish by a large number of Athenians, he spoke,

“So long as I draw breath and have my faculties I shall never stop practicing philosophy and exhorting you and elucidating the truth for everyone that I meet…” (See Alain de Botton who says this promised him, ‘a counterweight’ to his own ‘supine tendency to follow socially sanctioned practices and ideas’ in his book The Consolations Of Philosophy). Botton goes on to say his ‘priority was to be liked rather than speak the truth. I didn’t publicly doubt ideas to which the majority was committed. I sought the approval of figures of authority and worried at length whether they thought me acceptable. but Socrates had not buckled before unpopularity and the condemnation of the state. he had not retracted his thoughts…he had [his] rational , as opposed to hysterical, confidence when faced with disapproval.’

All of my life, at least since I began to realize I was ‘here on Earth’ aged about 10 I have fought against that ‘supine tendency’. Maybe that’s what held back my progress in many situations in English society? My lack of conformity (or was it my face- it didn’t fit? or my choice of deodorant?) meant that I had to fight for almost every inch of ground I made.

Like Socrates I’ve been a renegade ever since ‘they’ rejected me at my secondary school, (‘they’ being the powers that be/the status quo holders who saw me as scum from a poor working class family who didn’t always agree with what they said) and I rarely if ever sought approval, especially not by altering my work and ideas. so, in simple words I paddled my own canoe. and my canoe took me to some strange and wonderful places, mainly in dream but also in some of my output. one renegade, the late great Jackie Leven, introduced me to Kabir and Robert Bly through his wonderful song Inside this clay jug. A lot of my work since hearing that song has been about the mysteries of life and mystical ideas. Some folk think mystical means ‘not for me that strange stuff’ but no, if you listen to Bowie’s music, at best, it has a mystical chime. It’s like searching for the lost chord and he found it sometimes like in Ashes to Ashes, China Girl and his last songs plus vids for Dark Star etc. Mystic is when you hear or glimpse that something which emanates from a place far away and deep inside you. Namaste. Om Mani Padme Hum. listen to Van’s Into the Mystic from his astral Weeks.

The wonder-full American artist Robert Smithson, who created The Spiral Jetty, on Great Salt Lake, Utah in 1970, was a renegade & a wordsmith too as witnessed in his Heap of Language sketch:

“Smithson becomes exhibit A for the case that an eruption of the linguistic sign into art has fragmented beyond repair the traditional integrity of the object…” Thomas Crow in Prophetic Turns In The Life & Art Of Robert Smithson.

My writing also is part of my ‘art’, equally nowadays, as always, words play a role in my performance art. My 1975 buk, Apul-One, was a ‘work of art’ in its whole = images, words and book.

This renegade never did the obvious, rarely followed the rules and always bent them even if only a titsy witsy bit. Thereby he made it difficult, by not following the trend, the advice, the latest fad etc.

I remember going into Slade Prix de Rome scholar David Wild’s ‘life-study’ night classes and seeing a day student doing (copies of) hard edge American abstract painting by using masking tape to get straight lines on his canvas while I was learning how to observe and paint the figure. I made a conscious decision there and then I wouldn’t be doing no American abstract painting then nor not ever. (In fact a couple of years later I fell in love with Barnet Newman’s work in the big London retrospective of his work and did adopt some of his techniques, but in a way which used his ideas of fields of color which I then placed my images into with ‘zips’ (gaps) separating them. My images might be mimics of other Abstract expressionists set against realist images. So you see, I even broke every rule I set myself. The come uppance was that I kept my eyes open to different possibilities and I could be inspired by many things that the ‘mainstream’ art student would not look at cos it weren’t in fashion. Similarly, I liked Roy Orbison when the Beatles were all the rage, and Van Morrison when most folk hadn’t even heard of him.

Which takes me onto Hermann Hesse (HH), whose book Steppenwolf I saw in a Truro bookshop window in 1970 and on the cover was a Paul Klee painting so I was intrigued enough to buy and read it, so my journey into Hesse had begun. It was his writing which led me to the wonders from the East. Now when you looks at my recent works where I do things like poems inspired by Hesse and Dalai Lama you’ll agree they’re not the most fashionable icons nowadays, butti don’t care. It’s my art. Come back with me, to a day when the Upper Class (expletives omitted) led their campaigns for King & Country to conquer lands in Scotland, Ireland, Wales, South America, Africa, to asia minor & China they were, for the most part, looking for gold or jade etc and they gottit in abundance as they stripped whole countries of their inheritance. BUT in fact they missed the real treasures which eventually filtered thru to the west via the likes of HH and scholars who studied unknown languages like Hittite & Ghandaran. The real treasures are more lasting than gold, they’re spiritual. Things like yoga, tai chi, and meditation, the religions of old (like Hindu, Zoroaster) and in Tibet’s case, new – Padmasambhava brought Buddhism to Tibet in the 8th century AD. Insight into our place in the Universe is being enhanced daily by astronomy & science but we benefit from things brought to us by Tibetan Buddhism, Muslim Sufism, ancient Indian ideas about the cosmos and the place of us ubeings in it which they anchor down thru yoga, Chinese (&Malayan) Tai Chi does similar things with mind/body equilibrium. Who needs the gold that artists like Damien Hirst use?

on a better note

Here’s a lovely song of Bowies sung as a tribute to another renegade. Listen to her pre-amble, it’s lovely too