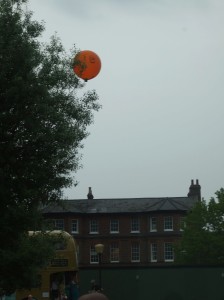 In one fell swoop Anthony Roberts has turned the juggernaut that was Firstsite gallery around. 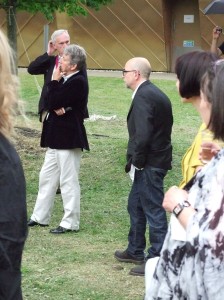 (In many ways) Misused & Underused Confused & Abused (MUCA), The Golden Gallery seemed interminably Directed in constant collision with calamitous disappointment NOW it has been re-Directed and appears to be heading for the success it should have always known. It will be hard, rough seas will be born however there is now Hope, hope for the future of Colchester as a great centre of art which attracts not only the local populace but people from far & wide. Much work to be done tho’. 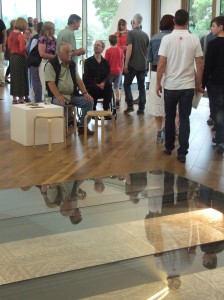 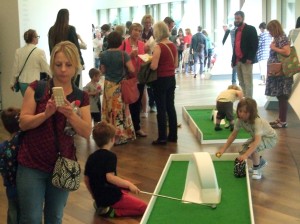 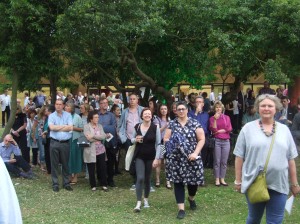 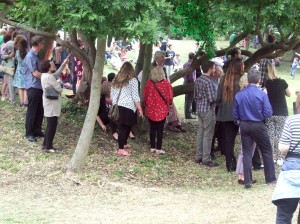 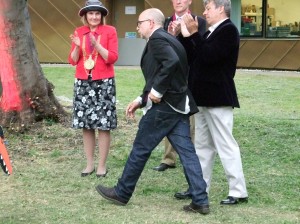 And Virtue comes from Oswaldthwistle!

The artist who has been fortuitous enough to benefit from Anthony Robert’s advent (the feeling’s mutual I’m sure) is called John Virtue who hails from my neck of the woods, the home of Accrington Stanley. His work is very good. This show is all B&W. My favourite work is in the display cabinets in his sketchbooks wherein the images are drawn on location. These images have everything; vitality, washes of greys and the flurry of a variety of marks and lines that describe the swishing and swooping of the waves and wind.

I’ll say no more, just look at these images from the opening (Friday 12th June 2015). Look at the happy crowd of all ages giving rise to a Wonderful Golden Buzz!

Ps I won’t be showing at Firstsite, not just yet yet but I shall be showing at The Baltic Gallery (Gateshead/Newcastle) on the 10 & 11 of July 2015. There’s a lot to learn from the Baltic. Vatch dis Kevin Spacey for more on that soon.