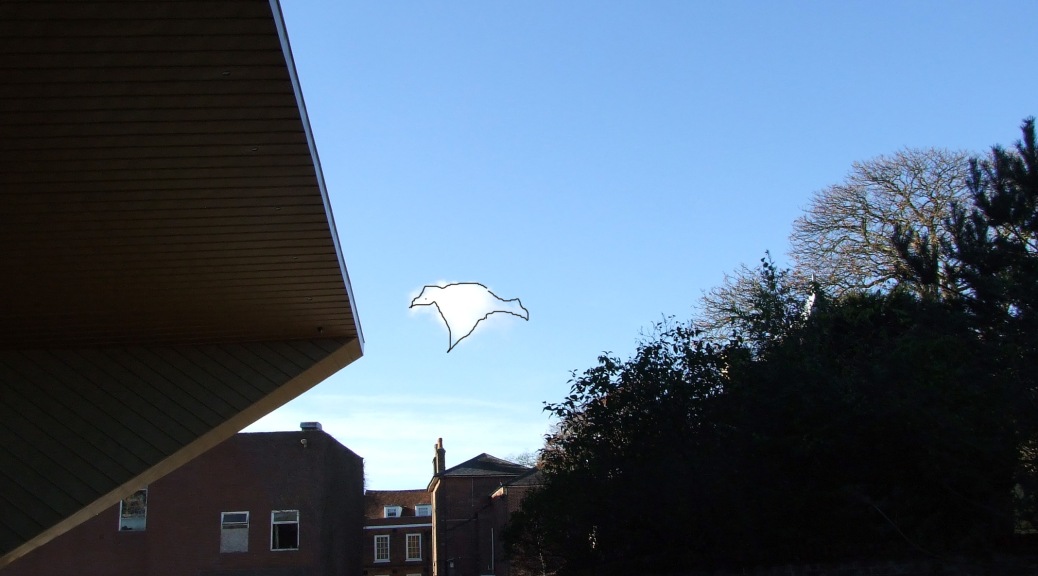 Image featured above shows a strange bird looming over the slanted side of firstsite gallery. What will it be a harbinger of? What does it presage? Only good I hope in the end but that is going to be a challenge which must be worked towards wholeheartedly and in unison by all the stakeholders; the council, the gallery, the public and art lovers from all over this land. It’s gonna take time and investment.

Recently (12th Feb?) I saw a pretty damning report on BBC Anglia tv in which the footage they used was several years old, altho they did have a reporter there to interview the director that day. They reported that the ‘Arts’ Council was threatening to withdraw support for the gallery. I decided to write to the several parties (excepting the Beeb as they never seem to take any notice, you get this thing that says they get millions of letters and sorry they won’t bother to reply) showing my concern that the true picture of the valiant efforts made by the gallery in the past few years has not been recorded and to offer direct help to its director Matthew Rowe from my 50 years’ experience in art and gallery visiting since seeing the big Henry Moore show at Tate in 1967. On 13 Feb I said, ‘Dear Matthew, I believe with my experience and qualifications I may be able to help you. Please see the attached. Also, please acknowledge receipt as I have guessed at your email address.’

I felt that local MP Bob Russell’s take on the gallery was quite negative when he cited how much millions it costs each year. OK compare that to how much the Castle takes? He replied saying I should contac the press with one of my less positive points. But he had replied within 24 hours!

I contacted the arts council in the guise of Hedley Swain and sent him the above list of links to my blArts. He replied within 24 hours and thanked me for my ‘other’ views, ‘It is useful to us to have different opinions and view-points to draw on. I assure you that Arts Council will do all it can, working with other local stakeholders, to improve the current situation.’

I’d like to update the story so far on firstsite gallery in Colchester. I hear they are preparing a new launch with a fresh approach, I wish them well and I pray that it works not just for them but for all the interested parties. I believe they need more help from Colchester Council not less. There is a need for parking right next to the gallery in the space down which buses used to turn in their scores daily. At present parking is totally banned there and it is a total missed opportunity. Our society is used to ‘on site’ parking like at all the big supermarkets nowadays. People are loathe to walk more than 50 metres to a place. I know that’s true and the council’s refusal to provide on site parking is adding to the gallery’s problems in the past several years. There was supposed to be an art college coming very close to the gallery as part of the plan but that fell through. The whole area was supposed to be being built up with a multi-million pound development which never materialised. Then the gallery opened with its slanting wall and very little natural footfall. I believe the gallery needs a re-structure/build. Getting in some consultant architect the likes of Richard Rogers may help. There’s a need to get rid of the slant and to somehow introduce a mezzanine floor something like the one at Barbican gallery which can add space to exhibit more stuff. 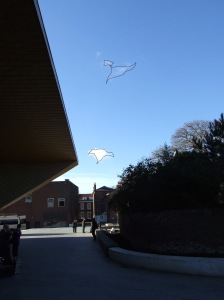 There is still a lot of space around the gallery which could be used to provide amenities for the local population which would also bring more folk in proximity to the gallery but it seems that nobody has enough imagination to propose any ideas. At least I have not seen any moves on that front, but I am not local and don’t get all the local news. I have offered to meet the Director to put forward some of my own ideas but he is obviously too busy hatching the re-launch plans. Or he just doesn’t want to know what a fool believes.

in the not too distant past I was called an ‘advocate’ of firstsite gallery Colchester but in fact I am a commentator (a common ‘tatoe). I’d like to play in their team or at least help the team but they don’t select me. Last week I was told my latest effort to gain a place on the hallowed walls was unsuccessful. They invited bids for a wall space 8m x 3m and once again I gave it my best shot, but I  didn’t score this time.

Now, personally, I am ‘Moving on, letting go’. I done e‘nuff’, I tried and tried agin and cannot suck seed. Am not moving on, letting go through any bitter feelings, I still have sympathy for their plight but I feel I have done more than the average commentator in my effort to assist. Picture me standing outside the gallery banging my head against the wall. I believe I deserve a bit more respect but of course what I believe and what actually happens are rare bedfellows.

ps You have to replace the brick wall with a gold tin wall.

Well it may surprise some of yez but yes it hurts. But I am almost a Buddhist and am learning not to cling on, I’m no clingon!

Before I go let me give some links to the blArts I done about firstsite:

The gallery is going to find it difficult to re-connect with the folk who once frequented it as it has been empty now several weeks and the café has disappeared and the continuity has been discontinued. If you pop in there at present not only do people keep coming up to you asking if you had permission to venture thru to where you stand perusing the 8×3 space before you apply but there is an eerie silence and emptiness which is going to hard to re-fill or even firstfill. I hope I have filled you in with my fill. Eugh that’s Awe-fill!

Some more images of firstsite gallery at present

17.03.15- I managed to spend a few minutes in conversation with the Director who came over as an amicable man with a basketful of challenges which I must say he is approaching with a good degree of patience and positive planning. The gallery has re-launched and re-branded with a wonderful new show which I like but I fear the local population won’t be won over with. The four artists local(-ish) at least to Essex I am reminded chosen to fill the 3x8m space are all very good practitioners, evidence of which is shown in a display of some work from each in the 8×3 space. the new cafe proprietors look to be setting about setting it up beautifully with local suppliers being utilised. Good luck for the future!

some new pics of the new set up, still quite empty of footfallers. 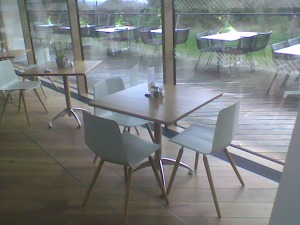 Now for something completely different but I believe relevant, especially for my regulars and  you know about my ‘what I believes’:

When I was 30 year old I scored two goals in 2 minutes (big head), one headed into the top left hand corner from a corner and t’other straight from the re-start when I nicked the ball as they kicked off, ran half the pitch length evading a lunging leg of a desprit full back and rounded the goalie to chip it in against Ingatestone for Maldon Saint Marys second eleven in a cup game which we won 2-1. Later in the same cup the manager left me on the sub’s bench for the Final aginst RHP which my goals had gotten the team to, playing a kid of 16 in my stead. Earlier that season, in the winter cos the ground had an inch or two of snow on it I had headed a goal in from a corner in a melee and felt a deep pain in my belly, so deep I thought someone had kicked me, it turned out this Charlie had decided to thump me in the stomach as I headed the ball.

Unlike Nemanja Matic of Chelsea v. Burnley last week who took this bad (beyond the pale) tackle from Ashley Barnes I withheld my desire to retaliate*, I took his number, I remembered his face. Ten minutes from the end of that final I aksed Old Bill the manager if I was going to get a kick? “Oh sorry Pete I forgot you, get on now.”

How could you leave this fella out?

Sadly I couldn’t pull back the goal deficit in the 5 minutes left (which meant in the 30 odd years I played football I never got a winner’s medal!) but I had my eye on Charlie. I am not sure he remembered me without snowdrops on my head. Anyway I re-introduced myself on the half way line. It was a fair but hard tackle (NOT beyond the pale). He didn’t get up but only missed the last three minutes of play. I never returned to play for Maldon Saint Marys second eleven, not ‘nuff respec’. I did return to football 20 years later and scored loadsa goals as a veteran, well the ball is still a sphere and the goals are still in the same place and I still loved the game.

But ‘respec’ is wattam talking about. * Matic was sent off and banned from a Wembley Final for retaliation, Barnes got off scot free. Talking about the dinosaur attitude of institutions the FA have done FA about the ref’s ineptitude; he should have sent Barnes off before Matic took the law into his own hands and then the FA should lift the ban so Matic can participate in the Wembley Final . It’s not as if his shove on Barnes was life-threatening, more like a person in the isle at a supermarket pushing a trolley. (ps Chelsea still won!)

One thought on “Moving on, letting go.”