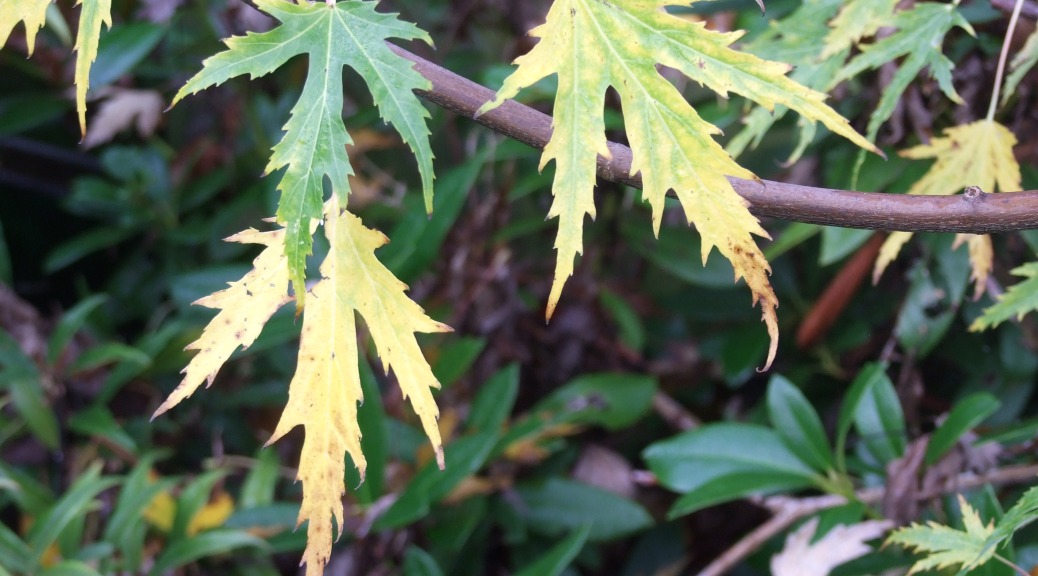 I done a flurry of London visits & reported them in my last couple oblArts; Poetry Library (A Happy Man) & Keifer (Books of lead fly in the R.A). This week I saw the new Rembrandt show at National Gallery (which was the first London gallery I visited as a kid of 10 years in 1961 and I sent my dad away so I could just sit and look at the Leonardo cartoon fer an hour or so). Of course I love his self portraits but the best in show are the etchings, the way he works the surfaces of the different takes and the surprise that he printed them on Japanese paper which was being imported by the Dutch East India Co. in the 1600’s! despite her overt military history epitomised in their fascination with the sword there’s been ages of producing beautiful pots, paper & calligraphy there. For me Rimbrandt is unequalled in the fields of oil paint & etching. F H Haagensen was a great etcher who was probably inspired by Rembrand’s technique, as was most certainly Picasso. Funny how ‘great ‘ artists get access to collections of work that many of us never see. Auerbach  http://www.theguardian.com/artanddesign/2014/aug/29/frank-auerbach-painters-painter-freud-tate-retrospective  and Lenkiewicz http://www.plymouthherald.co.uk/Robert-Lenkiewicz-s-estate-settled-decade/story-17699462-detail/story.html in their separate ways took inspiration from the Dutch Master too and so did I, take a look at my Van von Maan painting below 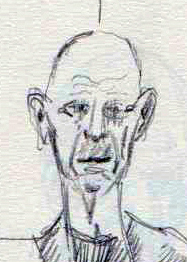 We live in an age where the ability to ‘draw’ is almost scorned (by some prevalent ‘successful’ artists and their agents) but it is deeply embedded in my psyche and I love drawing in the different ways I do. Over the years I’ve sat and drawn Keifer, Josef Herman, Steve Berkov, and others with Lord Bath, Feliks Topolski and Ken Campbell amongst my ‘sitters’. Oh and by the way, I do love rembrandt’s self portraits which put him up there as probably the best chronicler of the process of aging with their insight into his very soul, that goes without being said, burram saying it. And you know i do a fine line in self portraits misen th’ knows:

The skill was hard earned and am reluctant to desist. I shall draw til I die (drawing?) I draw cartoon like with my Apulhed-man, in surreal sketches with my Squidgerats. I draw inspiration too from the work in many media by those who have achieved before me. So I read folk like Philip K Dick, Vonnegut, Mervyn Peake & Brautigan in the hope that some of what I see may rub off on my outputs.

And it’s the same with poetry, although I write my ‘poems’ from a deep sense of apart-ness I don’t try to write ‘like’ anyone (else). But I am inspired by some. I write intuitively I write what comes and I don’t try to write in any grammatically ‘correc’ way. Interestingly when I wrote the ‘poems’ for Inside This Earthen Vessel they had little or no full stops nor commas. As I began the collaboration with david Jury some punctuation crept in but often I do not have it in my writing (like I do not adhere stricktly to ‘correct’ spellinks). Both of these avert-tions allow me to be free(er) and (more) inventive.

I am reading Beckett’s translation or transmutation of Apollinaire’s poem ‘Zone’. I don’t exactly agree with his changes, great writer tho he was, but I do note that Apollinaire has used no punctuation. A WRITER WRITES WORDS. So my punctuation in  Inside This Earthen Vessel is the gaps I left. I write this thought then I stop & drop to the next line. Often in poems they start each line with a capital. OK that’s fine, that’s OK, I can do that, but sometimes I refuse.wrtiting for me is to do with the jist, getting the gist, of things (tings) of ideas, notions, suggestions… my writing is not scientific like Wittgensteins is was etc.

For me writing is communication, getting what’s in my mind, spirit, soul, experience or view over to others. Some may say that I might communicate better if I spell by convention, punctuate & grammaticise my pieces. OK you’re entitled to your opinions and your conditionings. I am free of those constraints. And I hear you laugh or snigger and say ‘Yes, free of income, free of distribution through official channels, fields etc. But see this face, AM A BoVVad.

(can’t he even spel nay reight?)

who fetched the cow?

Next weak am in Oxferd to see a bloke gie a tork abArt William Blake, now there’s a proper poet bloke man. And an etcher?

*I bought an lectric typewriter t’other day, I just decided that this will be the first poem I type using it. I thought I’d try my fingertips at tie pin sum concrete poyms. Just like what Henry Chopin and his lot did. Vache dis spaced oot.  https://apulhed.wordpress.com/2014/05/01/henri-chopin-and-others-who-got-forgot/