Reaching out for ‘recognition’/back-patting is vainglorious. Just do whatever you do do well. Fact is- the ability to do anyting at all is an achievement.

No need to worry or fret, just do it. And if that reaches out to others fine. Stop chasing, calm down, have some cheese I told myself recently. I had been ‘doing’ too much, buzzing around like a blue assed fly. I forgot, I am way down the merry way and I need to rest awhile and better enjoy the view and the memories my journey has provoked. I have had a wonderful life. My endeavours did take me places & people where others didn’t get and I have chronicled the trip now the trick is to bring some order to the journal, Kennedy’s Chronicles or maybe The Despatches Of O’Dorke? 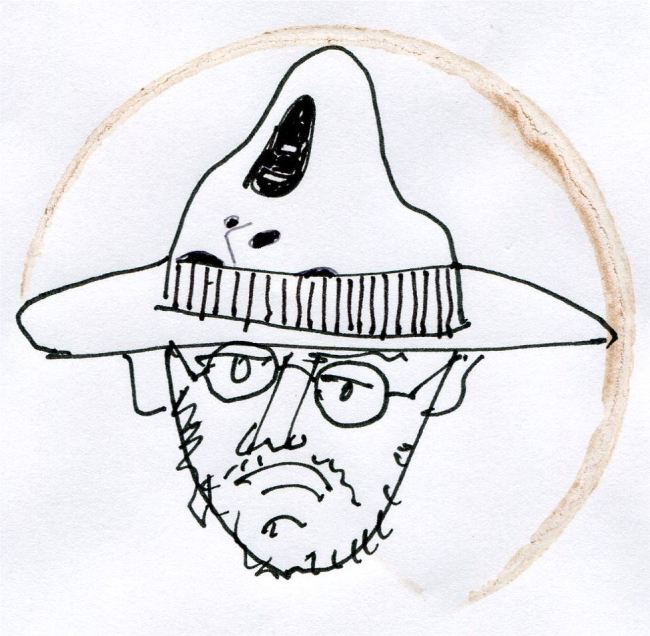 there’s more to O’Dork than meets the eye 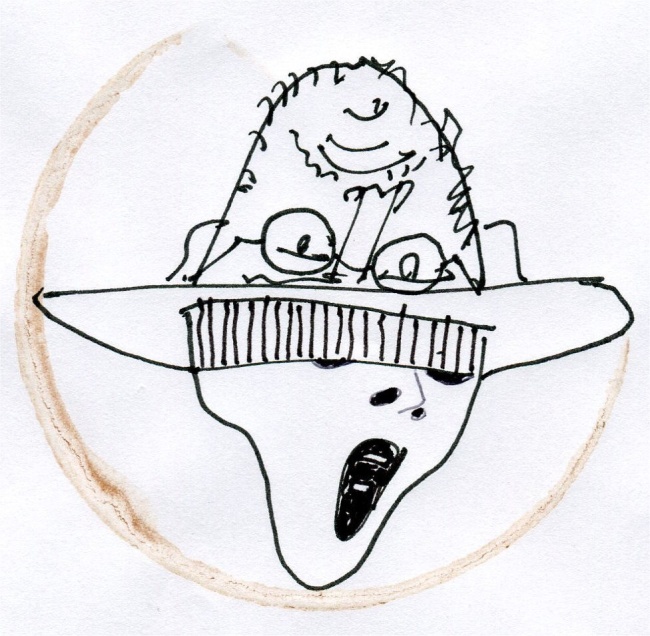 My new mantra is: ‘Pressure’s Off. Calm Doon. Relax & Enjoy It All’.

I believed I was one of my Nonogon Nomads (Nonogonomads), Knewt Hoboken Orion*, on a Silver Steed Surfin The Solar System. 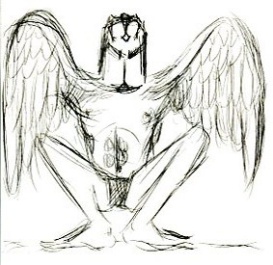 But really I was ^Rhody O’Dorke, an Idiot abroad.

(*Symbolism in that name; Knewt=Scandinavian leader Knut & amphibian stage of evolutionary chain/water dragon. Hoboken= Wanderer, my surname- Kennedy the Hobo. Orion= the cosmos, Orion was a star /constellation which the ancient Egyptians focussed a ‘peephole’ from the great pyramid on, an African tribe knew of its existence long before the modern telescope.

^Rhody is the Irish version of my Grandad, Roger’s name, O’ is cos he’s Oirisht, Dork cos he’s an Idjet, but do not forget Gurdjeff & the Sufis believe the Idiot is the Wisest.)

Yet there is a Poet

Calling from the inside

One of em called Maurice

He wer a proper Boris

I don’t need to tell yer

Of course he wer a Menace

To keep a long story

I can see him now

Doing handstands down the steps

Sadly I remember his brother

Because of his untimely death

He had contracted two diseases

On a school trip to Spain

That they could ill afford

It wer the combination killed him

Mrs Saul was a sweet soul

She continued her life of grief

Took it rather badly

I used to see him

From my bedroom window

As he staggered up the avenue

And looked up the steep incline of mud

In front of his missing son’s home

He would take a run

And half way up

Would stumble back to the start

Only to try again in vain

Beaten he would walk

The long way round

Of all the Sauls

I loved them all

And still do today.

Talking of my working class background methinks of D H Lawrence who hailed from a Nottingham colliery home. I am not so interested in whatever social & sexual taboos he may have impacted upon with his work, more on his travels and the places he chose to go to. In particular he went to live near to and observe the Hopi people whose artefacts I (and others like Maxt Ernst) have been fascinated with since the early 1970’s. Also, I discover, DHL stayed in Tuscany seeking out the Etruscan legacy. Of all the places I wish to visit before stepping off this mortal coil two at the top are Arizona & Tuscany.

It seems to me that affinity comes thru time & ether to entice me/us/you on to see important human endeavours. It’s like plugging in. also, sometimes I feel like a finger or a small group watching over me beckons, leads me on to clues, clues to what I am still unsure. What I do know if I follow my hunches, or their fingers, I find new stuff, new pastures in which I can run around and even better, rest, and take a look, see if I can see what it is I am searching for?

Recently I have been ‘tidying up’ my tut, the 50 years of piles of stuff what I accumerlated often tinking, ‘One day, I shall find a use for that’ or, ‘Can’t let that go cos as you know you always need it as soon as you lerrit gu’. (I don’t need correc spellin nor gwamma wennam squaking to misen! Sod off) It took so long to make it, the heap, I need to sort it as fast as you can, as the stones say, ‘You’d better Move On’. Doing it not only gives me the feng shui satisfaction of tidying up and finding tings I also get ‘ideas’ and sometimes I even makes new ‘art’. Trick is not to be curtailed nor constrained by one’s previous predilictions nor prejudices. ‘I CAN DO’ is the mantra. I can do anyting. Do not let previous limits falter me. Open up your wings and fly.

ps The Jimmy Cliff song at the top of this blaat is amazing not only cos it’s about a man’s determination but also cos , I never knew this, he did it at Muscle Shoals*, before Bob Marley made it ‘big’. (And hey! I too saw Bob Marley before Bob Marley made it ‘big’ at Rolle College Exmarth) there is a wonderful Storyville doc on Muscle Shoals on iplayer shown last nicht, wow, I saw some of my most loved singers on it AND, the Stones did Sticky Fingers there. pps whereas I love Susan Boyle but she should not have tried to do ‘wild horses’!

*Rick Hall was the task master at Muscle Shoals and his mantra was to fight on regardless, ‘My life was based on rejection. I wanted to prove to the world it was wrong, that rejection all passes with time, things change’. onwerds and upvards.